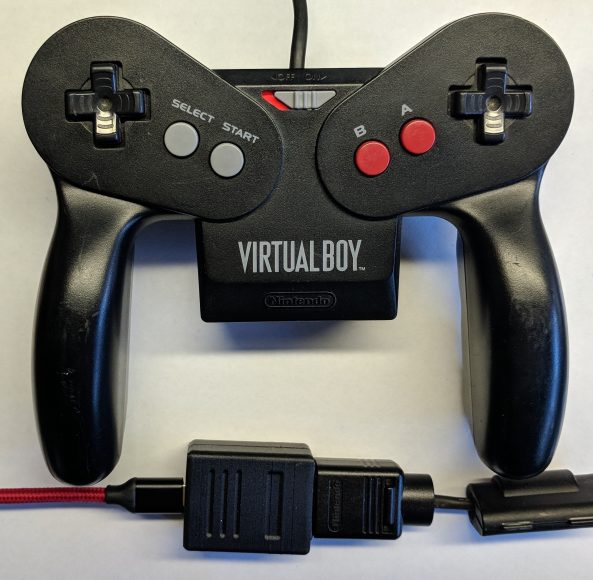 I decided to develop a Virtual Boy controller USB adapter so that the controller could be used with emulators on a computer. Turns out with the help of Arduino that this is fairly simple to do. I also took the route of using a small commercial-off-the-shelf (COTS) microcontroller board to do it. Within a day I had the controller connected to my computer playing Hyper Fighting in Mednafen. The last step now is to design a case. I’ve designed a housing as well. It was designed to look somewhat like the Nintendo cover on the controller connector. I had an initial prototype run of 5 units built out of Carbon Fiber Onyx just like the link cables. Came out really nice! Another view of just the housed adapter and cable. A picture of the first batch sent out to PlanetVB members! Awesome people in that community.

Here’s a few from the second batch.

If you’re so inclined you can 3D print the parts yourself. These were tweaked to print best in Onyx on a Markforged printer. Top and bottom. I’ve also just finished a center connector design that you can populate with male d-sub pins. Picture of the model below and then a final fully 3D printed assembled adapter. 3D printing the center allows the overall cost to drop $10 and removes any reliance on donor parts. And here’s the latest hex file to program the DFRobot Beetle board for the VB controller USB adapter.

That’s about it. I believe this is the first VB controller USB adapter that’s made completely from new parts without requiring a controller modification. If you have any questions, contact me via my contact page.