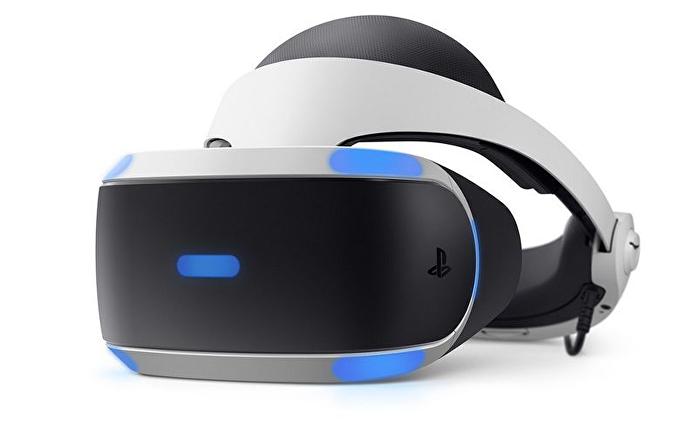 I’ve been playing PSVR on and off at nights now for over a month. I’m still impressed with the system. One of the first things that stands out immediately compared to PC based systems is that it just boots up and works. This is a nice change.

I’ve played a few games now: Farpoint, DOOM VFR, Skyrim, Resident Evil, Firewall Zero Hour, Arizona Sunshine, Unearthing Mars 2, and Astro Bot rescue mission. Most of these games have been AIM controller centered which I really like. Farpoint and Unearthing Mars 2 I played through until the end. The other games I’ve played an hour or more.

I’m glad that I started with Farpoint because it has been hands down the best game for AIM controller support and PSVR in general. Farpoint does a create job of making PSVR limitations melt away. The way they handle tracking with the guardian wall, which lets you know to turn around or if you’re out of the tracking space, is very well done. One of the best games I’ve experienced so far in PSVR. The AIM controller did drift ocasionally but the recenter is quick. AIM did seem to drift more often the longer I played Farpoint in a single session. I was really blown away when I could see my shadow moving as I moved. I was engaged the whole time I was playing Farpoint in the gameplay and story. They really did a nice job and I was disappointed when it was over. Really hoping for a Farpoint 2 with VR support.

The next game worth discussing is Astro Bot Rescue Mission. All I can say is WOW. I’m a first person shooter guy and that’s why Farpoint was the first game I played, however Astro Bot Rescue Mission is so well done that its going to impress most. It uses the Dualshock 4 controller. I don’t play many VR games these days without hand controllers but the game play in Astro Bot is very very well thought out and works well with the Dualshock controller. You sit behind a small astro bot which you control and guide through the scene. It’s very much the Mario and Sonic of VR. The interaction while wearing the PSVR HMD is also very interesting. You have to look around a lot which is very engaging. You also need to peer around walls to see things which I thought was clever. The Dualshock is also used as a key in places to unlock the next step. You even have to butt your head on objects. It’s a really well thought out game with really good looking 3D stereo. I didn’t think I’d like it much without motion controllers but I’m impressed to say the least.

Unearthing Mars 2 is a solid wave shooter with AIM support. If you like games like Time Crisis then you’ll like this one. The story line isn’t so polished and there are some bar cut scenes which quite frankly become annoying. However if you like fast paced wave shooters then this game is worth a try with AIM. I probably wouldn’t have bought it if it didn’t have AIM controller support. I never had any issues with limited tracking in this game. They handle tracking and AIM drift quite well.

Firewall Zero Hour is also a good one and with AIM support. AIM is a perfect match here obviously as a first person multiplayer game where you’re part of a covert team to drop into locations and hack their computers. It’s well done and I can see why its popular. The controls are nicely done with the AIM controller as well. I tend to like campaign games more and Firewall is multiplayer centered. Firewall also handles the tracking limitations of the PSVR well.

Arizona Sunshine is a decent port to PSVR. It’s not as good as its PC counter parts however. They handle tracking limitations well but its just better on PC with Vive or Rift. I mainly tried it to compare it to the PC version. AIM support is nice but drift can be a pain when trying to get those head shots. Overall its a great add to a PSVR system.

Doom VFR and Skyrim are quite frankly a mess on PSVR. The controls and limitations are so much worse on PSVR than PC that I’ll probably never play them on PSVR again. Doom VFR forces you to spend way too much time recentering in front of the camera. You get turned around too quickly with all the 360 action around you. I found myself so less immersed due to the tracking limitations and how they handle this in Doom VFR for PSVR that I stopped playing after the tutorials. There’s a small camera icon at the top of your view which tells you how you’re pointing compared to the PSVR eye camera. It’s annoying and they would really benefit from implementing something like Farpoint to get your orientated to your play space. Skyrim was similar where it just felt like controls for PSVR were patched on. It’s very annoying to play Skyrim in PSVR compared to Vive or Rift. I won’t play it again on PSVR.

Resident Evil Biohazard is a game I’ve just started. It will be slow going because VR horror games terrify me and I have to pause to let my heart slow down. The 3D so far looks fantastic. The controls have worked well so far and I’m enjoying it. Its highly immersive although only uses the dualshock controller.

I’ve played some other demos from the Playstation VR Worlds disc. Some good ones in there especially The London Heist and Ocean descent. I’m less impressed so far with the move controllers. I’ll probably keep coming back for AIM support games. Really wish there was a good gun controller for PC VR.

Overall very much enjoying PSVR and the games for it. Just bought Evasion which also has AIM support and some early reviews say its even better than Farpoint. Looking forward to trying it out when I get back home!